5 Types of Home Air Purifiers: Pros, Cons, and How They Work

Because we’re all about getting rid of air pollution, we’ve talked a lot about air purifiers on our blog. Whether for wildfire smoke or allergies, we have always recommended picking up an air purifier to keep your indoor air in top shape.

Air purifiers are crucial tools for those impacted by brushfires.

As you likely read in the title, there are five main types of air purifier, which we will break down in detail below. For each one, we will discuss how the purifier works, as well as its pros and cons. Let’s begin with a favorite: HEPA purifiers.

HEPA purification technology has been around for decades, with the initial idea born from gas masks used in WWII and further developed with the Manhattan Project. As a tried-and-true method for purifying indoor air, HEPA purifiers are a common household item worldwide.

HEPA, which stands for high-efficiency particulate air, is a standard of filtration designed to strain out microscopic particles. To satisfy HEPA requirements, a candidate filter must remove 99.97% of particles of diameter 0.3 μm, with even greater filtering efficiency for larger and smaller particles. So, how do these filters and purifiers work?

How do HEPA purifiers work?

Using a fan, HEPA purifiers begin by drawing polluted air into the device. From here, the air passes through a filter, usually made of fiberglass, where airborne particles become ensnared in a maze-like tangle of fibers. Some particles stick to the fibers (interception), some become embedded in the fibers (impaction), and some get bounced around by other airborne particles or even gas molecules (diffusion).

The last component, known as diffusion, is especially important for trapping particles smaller than 0.1 μm. Because these particles are quite small, they could just fly through the filter without sticking to any of the fibers. However, because their “flight path” is interrupted by other particles, their trajectory becomes zigzagged, increasing the likelihood that the particles will get trapped by the other two methods. 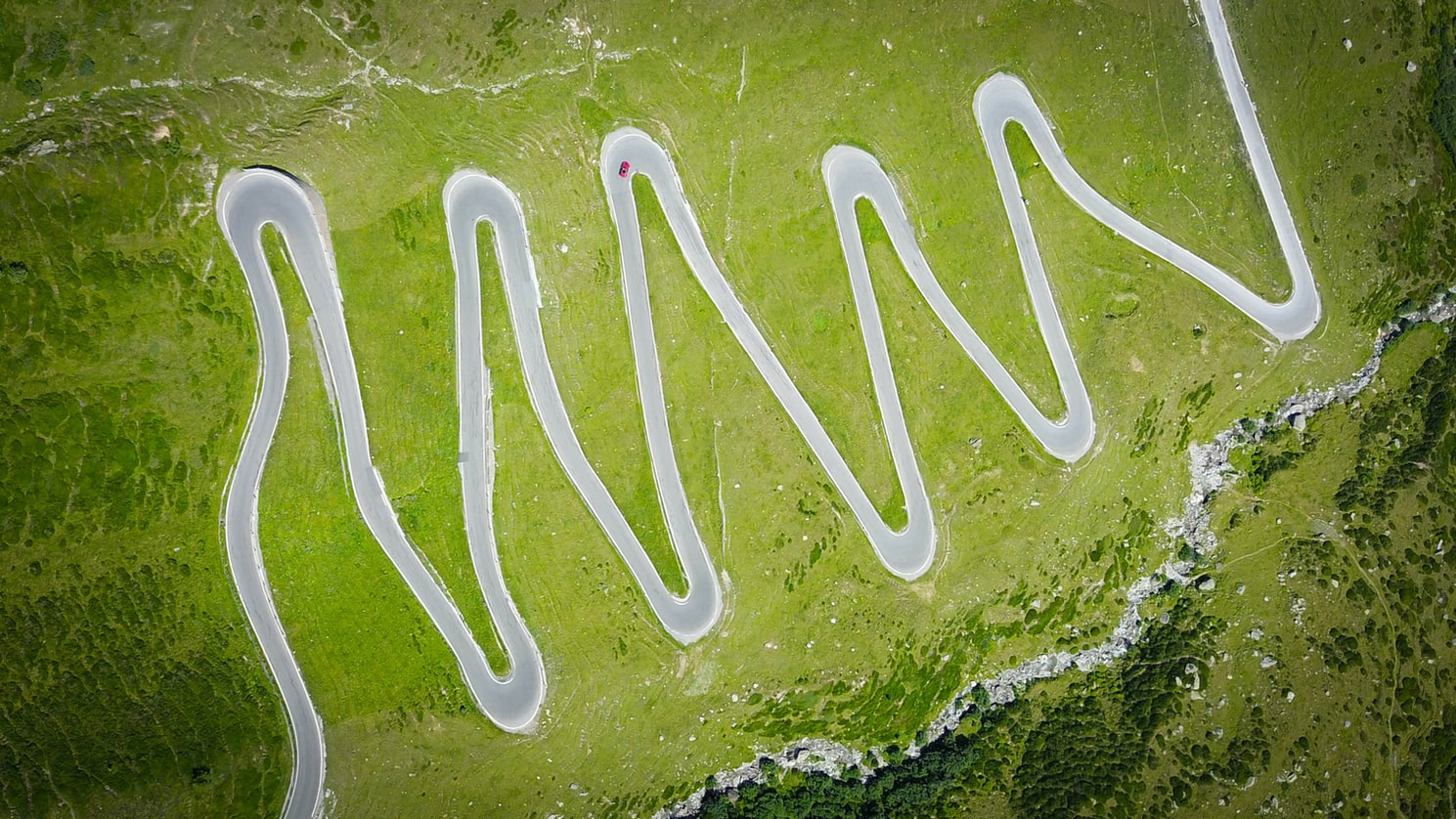 The zigzagging path of tiny particles is due to Brownian motion, the random motion of particles in a fluid (in this case, air).

After the air passes through the filter, it is pumped back out into the room, and the purifier draws in more polluted air to purify. Eventually, most of the air in the room will cycle through the purifier, decreasing particulate matter levels dramatically.

There are many reasons HEPA purifiers have remained a common household item for decades. HEPA purifiers are very effective against particle pollution without any harmful byproducts, and many filters become more effective as they trap more and more airborne particles.

Another benefit of HEPA purifiers is that the filtration technology can be combined with other forms of purification for added bonus. For example, some HEPA purifiers come equipped with a UV prefilter, which kills microbes that are removed by the HEPA filter.

While HEPA purifiers are the most effective purifiers for particulate matter, they also require a lot of upkeep. HEPA filters don’t last forever, and you will have to replace them regularly to keep your unit in good shape. If you live in a heavily polluted area you will need to replace your filter more often, which can create costs and inconveniences.

Let’s take a step back from particulate matter and look at adsorbent purifiers. Often made of activated charcoal, adsorbent purifiers trap chemicals and odors that may be floating around your home. You may see adsorbents widely used in other environmental cleanup efforts because of their ability to sponge up toxic substances. 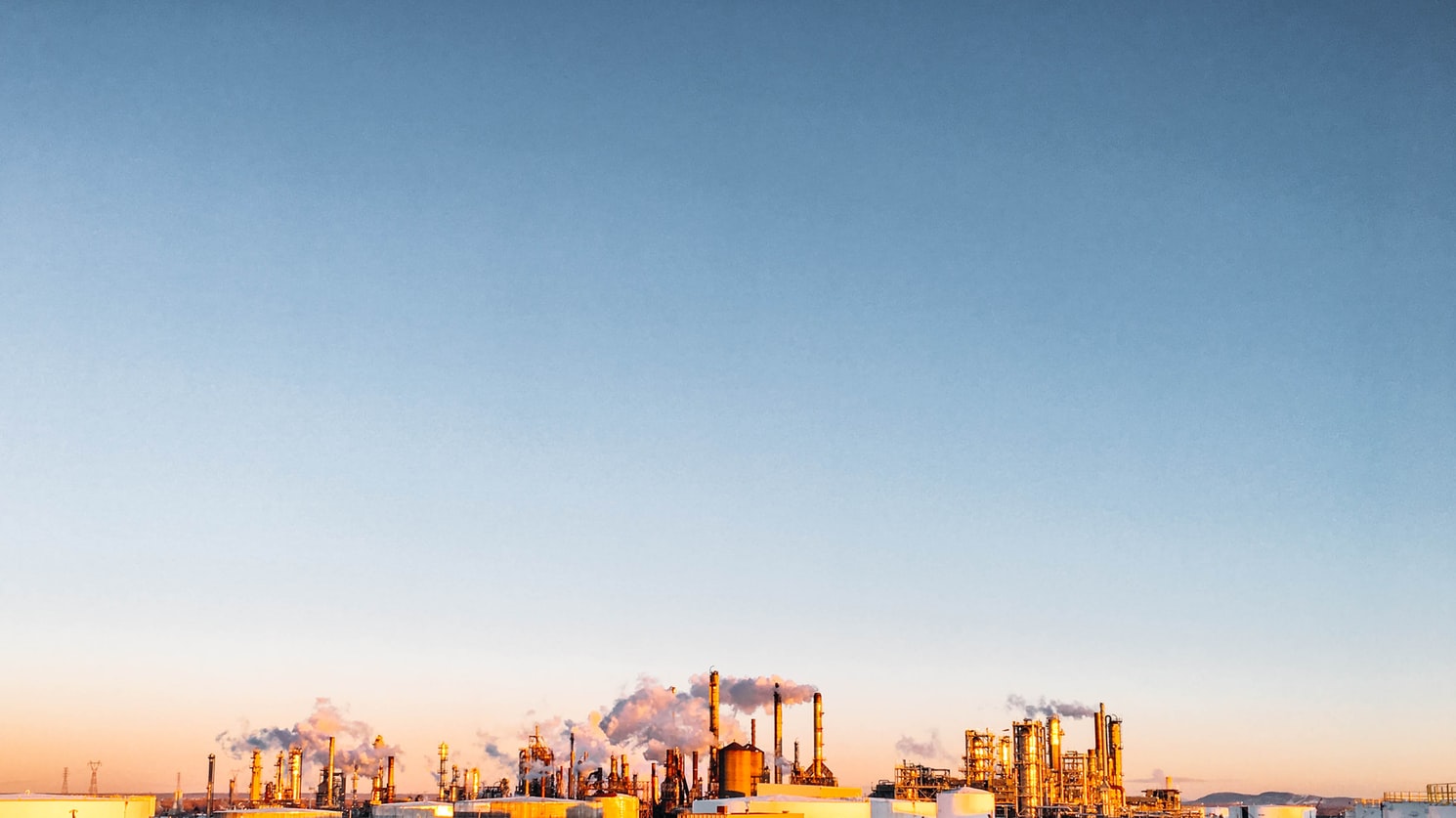 Adsorbents are widely used to mitigate environmental contamination, such as oil spills.

How do adsorbent purifiers work?

Rather than relying on a mechanical process like HEPA purifiers, adsorbent purifiers use materials called adsorbents, which attract substances to their surface through physical or chemical processes.

As air passes through the purifier, unwanted gases are adsorbed into the porous bed of adsorbent material, releasing clean air free of these gaseous pollutants.

Adsorbent filters can also be added to other purifiers like ionic and HEPA purifiers, so you receive the dual benefits of particulate matter and odor removal.

Adsorbent purifiers are rarely a stand-alone item, as it can’t remove airborne particulates, which are harmful to your health. To keep your air healthy, you will also have to invest in another purifier. Luckily, adsorbent purifiers are often included as prefilters in HEPA purifiers, so they are fairly easy to come by. Speaking of prefilters...

You know how sunscreens always say “UVA and UVB protection”? Well, this is because ultraviolet light from the sun destroys the DNA and RNA within your skin cells, which increases your risk of developing skin cancer. UV purifiers work the same way, but with microbes. 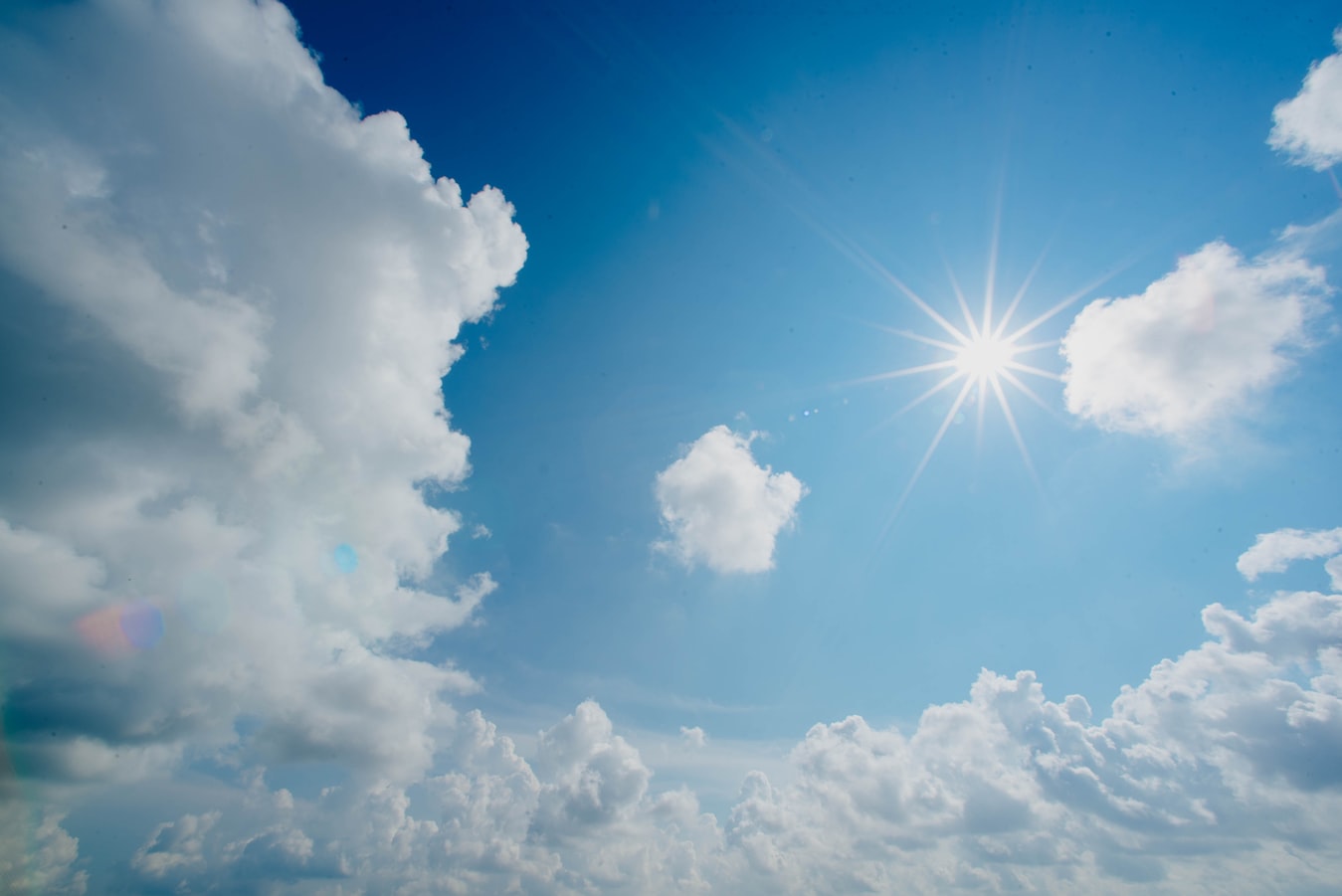 The stratospheric ozone layer protects us from UV-C light, the most dangerous to human health.

How do UV purifiers work?

Like HEPA purifiers, UV purifiers begin by sucking air into the device. UV purifiers then expose the air to a UV lamp, which generally produces UV-C light. Through a process of ultraviolet germicidal irradiation (UVGI), the UV light breaks down the chemical bonds formed between DNA molecules, which renders viruses inactive and can kill bacteria and fungi.

UV purifiers are unique; they target airborne microorganisms instead of nonliving particulates. In this way, UV purifiers have a wide range of applications in medical settings, especially as an antibacterial and antiviral disinfectant method. UV purifiers are also available as an addition to HEPA purifiers, which can help neutralize any microbes picked up by the HEPA filter.

The effectiveness of UV purifiers has been debated over the years, and the application of ultraviolet germicidal irradiation in air purification has come under fire because of the byproduct created by the process: ozone.

When UV purifiers expose air to UV light, the same energy that breaks the bonds of DNA in microorganisms can also split oxygen (O₂), which can reform into ozone (O₃). While beneficial high in the atmosphere, ozone is a dangerous pollution in your home. Luckily, ozone is produced at specific wavelengths of UV light, and ozone production can be dramatically reduced when UV purifiers only use ”safe” wavelengths.

A Note About Ozone:

Ozone is a compound formed by three oxygen atoms, often created by chemical reactions between nitrogen oxides (NOx) and volatile organic compounds (VOCs). At the ground level, ozone can trigger a variety of health problems, especially for the elderly, asthmatics, and children.

How do ionic purifiers work?

Ionizers create ions, which are positively or negatively charged particles. Most ionizers produce negative ions through a process known as a corona discharge, and the ions then attach themselves to particles floating around the purifier. The ionized particles then settle on surfaces around your home where you can easily wipe them down.

Electrostatic precipitators use a similar idea, but instead of landing on outside surfaces, particles settle on positively charged plates within the purifier. ESPs are more popular than ionizer for this reason, as particles are easily taken care of by cleaning the plates instead of cleaning the whole room.

On the application side, ionic purifiers are generally less effective than HEPA purifiers for removing particulate matter, and ionizers, in particular, may create a mess as particles settle on surfaces.

In a study done by the state of California, ionic purifiers were found to release large quantities of ozone as a byproduct of the corona discharge. While this study found that ionic purifiers still produced ozone within safe outdoor ozone limits, California has banned the sale of ionic purifiers. Ozone can create particulate matter and contribute to higher levels of formaldehyde, both of which are very dangerous. 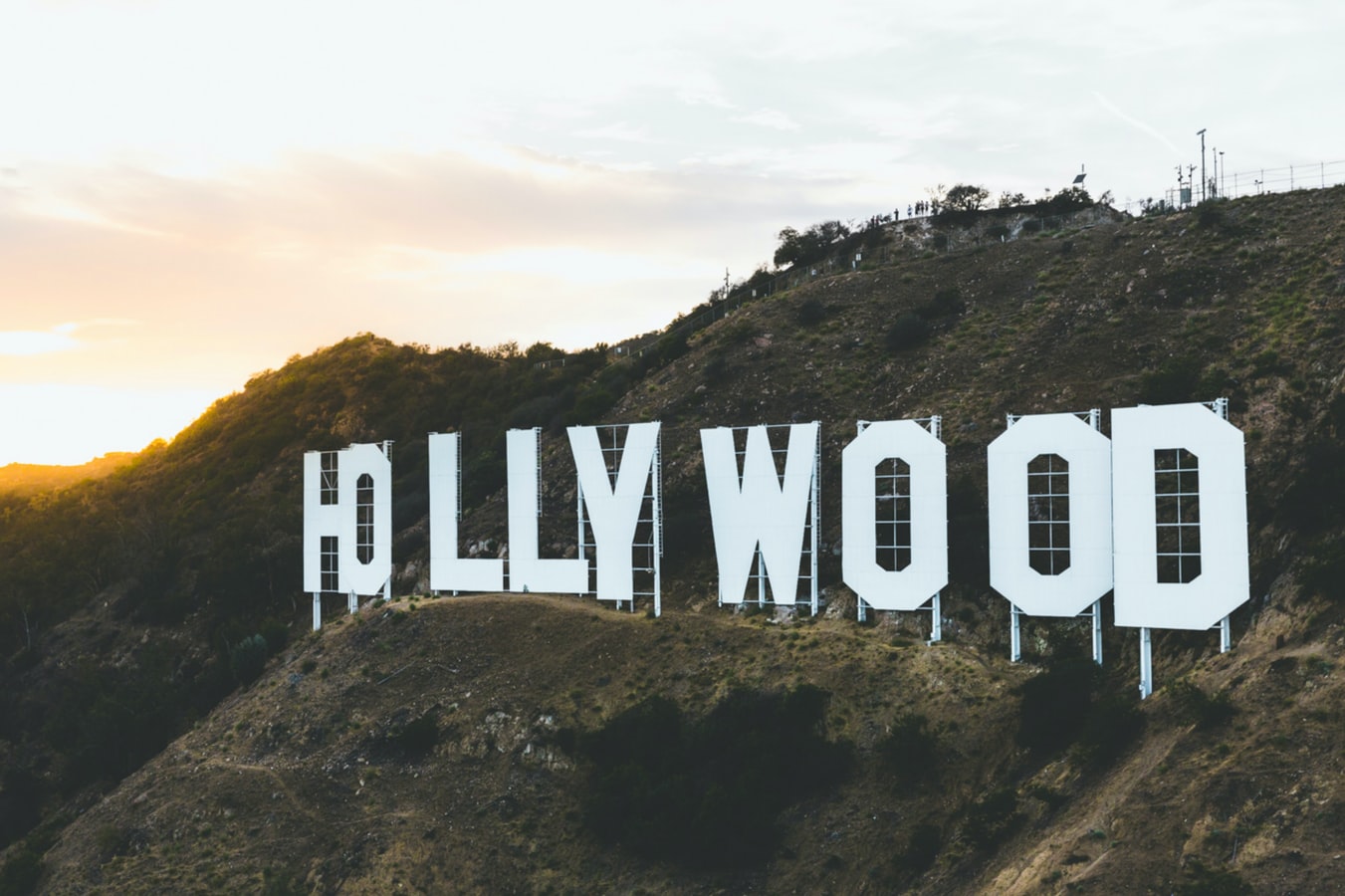 California was one of the first U.S. states to begin regulating the air purifier market.

Now we come to the last entry on this list: ozone generators. Naturally, the fact that there’s “ozone” in the title implies that we do not recommend ozone generators for indoor use, but we believe that it is important to cover the purposes and limitations of ozone generators because of potential false marketing and their industrial applications.

How do ozone generators work?

Ozone generators (also known as ozone air purifiers or ozone air cleaners) use either a corona discharge or UV light to break apart oxygen molecules into two oxygen atoms, where they recombine into a molecule of three oxygen atoms which we call ozone. Ozone is highly reactive, often changing the chemical composition of surrounding molecules by “donating” an oxygen atom.

In industrial, non-occupant settings, ozone generators can be used to disinfect the air and kill microbes. Note that it is more applicable for biological contaminants, not airborne inorganic particulates or chemicals; for ozone levels to be effective in eliminating biological contaminants, ozone would have to exceed 5 to 10 times the public health limit. Thus, a use case for ozone generators exists in spaces without occupants.

First, ozone generators create copious amounts of ozone, which is immediately harmful to your health. The claim that ozone is beneficial or a form of medical treatment is completely false and should be a red flag.

Second, most studies show that ozone takes months to react with chemicals in the air, often leaving byproducts that are just as bad or even worse than the original chemicals. Ozone also can’t reliably remove particles from the air, so you would need an additional ionic or HEPA purifier to tackle particulate matter. For more information about the limitations and dangers of ozone generators, we recommend checking out the EPA’s page “Ozone generators that are sold as air cleaners.”

Already have an air purifier? Find out how to check if your purifier is working here!

Air pollution is known to contribute to many breathing problems, such as asthma in children.
November 25, 2018
END_OF_DOCUMENT_TOKEN_TO_BE_REPLACED
Air Quality 101 COVID-19

Can HEPA Air Purifiers Protect You From the Coronavirus (COVID-19)?

As the coronavirus situation continues to escalate, we are all wondering what steps we can take to protect ourselves.
April 11, 2020
END_OF_DOCUMENT_TOKEN_TO_BE_REPLACED