Ozone Sensors: Do You Need Them, and How Do They Work? 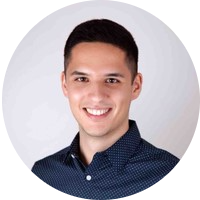 If you're serious about indoor air quality, you need to be thinking about ozone monitoring. The risks of ozone exposure have been acknowledged by government agencies including the FDA, OSHA, NIOSH, and EPA, as well as in healthy building standards such as WELL and Fitwel.

However, ozone is often poorly understood compared to other indoor air quality factors. As a result, companies often struggle to compare between different ozone monitoring solutions, leading to the topic being overlooked or improperly addressed.

In this article, we’ll clear up some of the daunting technical terminology around ozone and ozone measurement. By the end, you’ll know what ozone is, when you should be concerned about it, and the various types of sensors used to measure ozone levels indoors and outdoors. Are you ready? Let’s go!

A quick technical definition. Ozone (O3) is a colorless gas composed of three atoms of oxygen. Two oxygen atoms form O2 oxygen, which is essential for all life on Earth. That extra atom can detach from ozone and attach itself to other substances, altering them in the process.

Good vs bad ozone. When ozone occurs naturally in the upper atmosphere, 10 to 30 miles above the ground, it protects us from the sun’s ultraviolet radiation that would otherwise have harmful effects on plant and human life. This is the good ozone - the one we’re worried is depleting over time (colloquially referred to as the ozone hole).

However, at ground level, ozone is a harmful air pollutant for human beings and the environment. Smog, which most of us have had the displeasure of experiencing, is primarily composed of ozone.

Bad ozone is formed by nitrogen oxides mixing with volatile organic compounds (VOCs), in the presence of sunlight. These compounds are released by burning fossil fuels such as coal and gasoline, as well as by chemicals such as solvents evaporating.

Ozone is a form of oxygen. When formed naturally in the stratosphere, it positively affects life on Earth; when formed at ground level by human activity it is harmful.

For the rest of this article, we’ll be referring to ground level or “bad” ozone.

Why Indoor Ozone is Cause for Concern

In the past, scientists assumed that indoor ozone levels were negligible and not something to worry about. However, today this is seen as a misperception: significant levels of ozone seep indoors from outdoor environments, especially during the summer. We’ve also filled our offices with more indoor ozone emission devices such as photocopiers, printers, and certain types of air purifiers. Schools and offices have been found to be particularly risky in this regard.

Ozone is a health hazard. Inhaling ozone can damage the lungs. At low amounts, this can manifest in chest pain, coughing, shortness of breath and throat irritation. People with existing respiratory conditions can be especially susceptible.

At higher levels and with prolonged exposure, ozone can reduce lung function, inflame and damage cells that line the lungs, aggravate asthma and chronic lung disease, and cause permanent lung damage (see this summary by the EPA).

Ozone can hurt your business. As with other elements of poor indoor air quality, ozone-related ailments hurt businesses over the long run due to the costs of absenteeism and reputational damage. Ozone also plays a part in healthy building standards such as WELL, which may require business to meet thresholds for indoor ozone in order to become certified.

MOS sensors work by heating a thin film of metal-oxide particles (or, in the case of Kaiterra products, nanoparticles). When heated to around 300’C, this surface adsorbs ozone and other gasses, releasing electrons from the oxygen present on the surface and changing the electrical resistance of the metal-oxide layer.The sensor detects these changes, which are proportional to the presence of a gas or group of gasses in the air.

MOS sensors are accurate and can detect even very low levels of ozone, and aren’t likely to report erroneous results due to the presence of NO2, which is often found outdoors. However, they can be cross sensitive to indoor VOCs and can drive up energy costs, which makes them less suitable for indoor air monitoring. This is why Kaiterra uses MOS sensors for monitoring TVOC, but not ozone.

Simply put, in an electrochemical sensor, ozone gas diffuses across a permeable barrier into a cell containing electrodes and electrolytes. As ozone gas permeates the membrane, it alters the electrochemical potential of the electrodes, increasing the conductivity proportionally to the amounts of ozone in the air. The EC sensor can translate this signal into a numeric ozone concentration (in ppb or ppm).

Electrochemical sensors are the go-to solution for measuring ozone indoors, where they can provide accurate and consistent measurements and clearly ‘single out’ ozone among other VOCs. This is why Kaiterra uses EC sensors for monitoring ozone using the Sensedge Mini.

Despite increased awareness of the risks of indoor exposure to ozone, many challenges still remain when it comes to measuring it accurately:

As we’ve covered in our previous article about ozone in the workplace, there’s no definitive way to frame indoor ozone, and instead the tendency is to rely on industrial exposure limits and ambient ozone breakpoints. These environments are not necessarily identical to an office.

Another major challenge in measuring ozone is that it varies dramatically. As Charles Weschler summarizes in Ozone in Indoor Environments: Concentration and Chemistry:

Under normal conditions, the half-life of ozone indoors is between 7 and 10 min and
is determined primarily by surface removal and air exchange…

…Indoor ozone concentrations can vary from hour-to-hour, day-to-day, and season-to-season, as well as from room-to-room and structure-to-structure... It is not unusual for indoor ozone levels to change 30 or 40 ppb in less than 1 hour. Given that indoor ozone levels vary with multiple factors including time-of-day, weather conditions, ventilation parameters, geographic location and season, it is not reasonable to speak of a single indoor ozone concentration that is representative of most indoor environments.

These frequent and unpredictable changes in ozone levels mean that measurement needs to be an ongoing process rather than a singular effort. Organizations looking to effectively implement ozone monitoring will find that continuous monitoring is better suited, rather than periodic spot testing (read our full comparison between the two).

As you become more familiar with different aspects of indoor air quality, you can better tailor your tools and strategies. Getting a comprehensive picture of the current state of air quality in your buildings - including ozone, particular matter, variants of concern and carbon dioxide levels - is an essential step towards improving it.

While usually thought of as an outdoor air pollutant, ozone is becoming an increasing concern indoors as well.
March 7, 2021
END_OF_DOCUMENT_TOKEN_TO_BE_REPLACED
Ozone

Ozone in the Workplace: What Levels of Indoor Ozone Are Safe?