5 Major Outdoor Air Pollutants You Should Know About

For most of us, breathing is something we don’t think about because it’s not something we can see. When you can’t see pollutants such as invisible gases or particles, it’s challenging to know what’s in the air around you.

What most people don’t realize is that the World Health Organization estimates that more than 90% of the world’s population breathes unsafe air. This shocking statistic affects everyone, especially children, the elderly, and asthmatics.

So, with that in mind, what exactly are we breathing when we step outside?

What are the major outdoor air pollutants?

Each urban area has its own set of methods and ratios for measuring pollution “cocktails,” but they are more or less measuring the same pollutants. In this post, you will learn about five major outdoor air pollutants that you likely are exposed to in the city and how they are dangerous to our health.

The fumes as you walk by the mechanic or a print shop not only are bad to inhale, but also contribute to the smog we see in our cities. Ground-level ozone (also known as the “bad” ozone) is created by a chemical reaction in the presence of sunlight that forms between man-made VOCs and nitrogen oxides. This explains why ozone levels tend to be higher—and subsequently more dangerous—in the summertime.

Where you find it: Ground level-ozone comes from harmful industrial chemicals and fuel burning.

Another dangerous type of urban air pollution is a group of gases known as nitrogen oxides. They are both highly reactive and odorless. They react in the air to form particulate matter (PM) and ozone.

Where you find it: Major sources of nitrogen oxides include vehicles, power plants, and other forms of fuel burning.

Carbon monoxide is colorless and odorless, but highly toxic. While often thought of as an indoor hazard, it also is a major outdoor air pollution as well.

Where you find it: Outdoor sources of carbon monoxide can be found in fossil fuel burning from vehicles and heavy machinery.

If you ever walk alongside a busy road, a large truck or bus may drive by and leave you in a pungent exhaust cloud. That cloud comes from burning diesel and contains sulfur dioxide, part of a group of highly reactive gases known as sulfur oxides. These gases react in the air to form particulate matter and, in large concentrations, lead to smog.

Where you find it: Significant sources of SO2 include fuel burning from industries and power plants, as well as ships and vehicles with heavy equipment. Volcanoes are also a natural source of SO2 emissions.

Living in a city, you’ve likely walked outside your apartment and noticed a layer of grey haze that prevents you from clearly seeing the landscape miles ahead. That haze appears when there are high concentrations of particulate matter (PM) in the air.

PM is a mixture of solids or liquid droplets in the air that are categorized by size:

Where you find it: The simple answer is, from a variety of places including both natural and man-made sources. PM can be emitted into the air directly or form in the atmosphere with a mixture of other pollutants. Urban environments such as construction sites, smokestacks, fires, and unpaved roads directly emit coarser particles such as windblown dust, dirt, smoke, and soot. These particles are often larger and darker, thus more visible to the human eye. 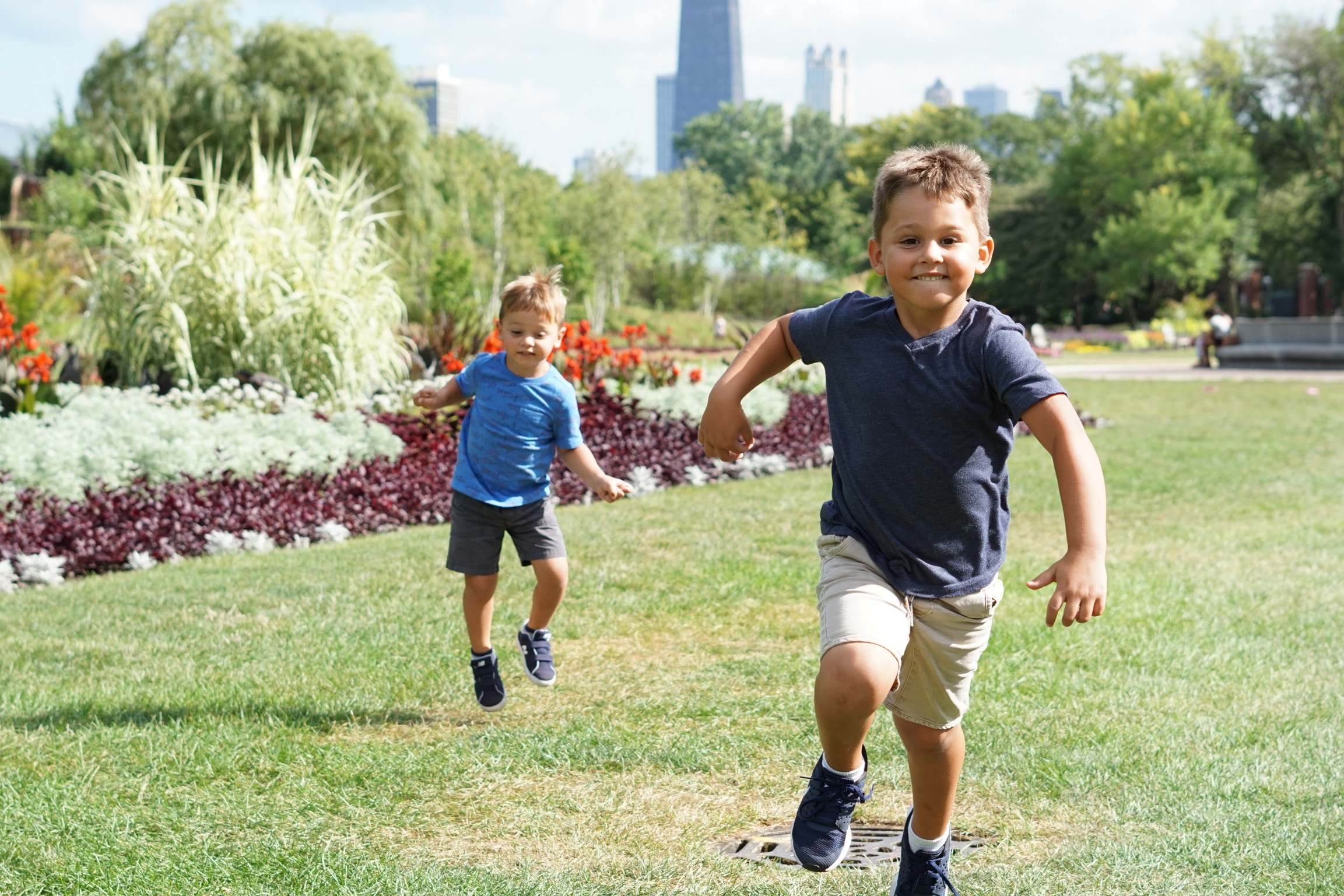 Nearly 40% of childhood asthma cases are attributed to air pollution.

Emissions from power plants, automobiles, and other urban industries are combining to create chemical reactions that have serious health effects. Exposure to urban air pollutants, especially PM and ozone, pose serious health effects. Due to their size, PM will linger in the air, causing pollution that eventually finds its way into the body. PM2.5 in particular can enter the bloodstream and deliver pollutants to your organs.

Air pollution affects everyone (especially those considered high risk such as children, the elderly, and asthmatics).

Short-term exposure to outdoor air pollutants can cause:

Long-term exposure to outdoor air pollutants can cause:

How To Protect Yourself From Outdoor Pollutants

There are simple solutions that can effectively protect against these invisible urban pollutants. For example, when outdoors on a grey-sky day, it is important to:

A major step you can take in protecting your air is understanding the air quality around you. This includes finding your local air quality station and regularly checking its air quality index (AQI) readings before leaving your home.

Cardiovascular diseases (CVDs) are the number one cause of death globally.
September 9, 2018
END_OF_DOCUMENT_TOKEN_TO_BE_REPLACED
Air Quality 101 Tech

Tech Gadgets That Will Protect Your Home Against Air Pollutants

Air Pollution: What You Need To Know About the Global Health Crisis

Air pollution is the biggest threat to our health today.
September 20, 2019
END_OF_DOCUMENT_TOKEN_TO_BE_REPLACED