Everything You Need To Know About Carbon Dioxide (CO2) 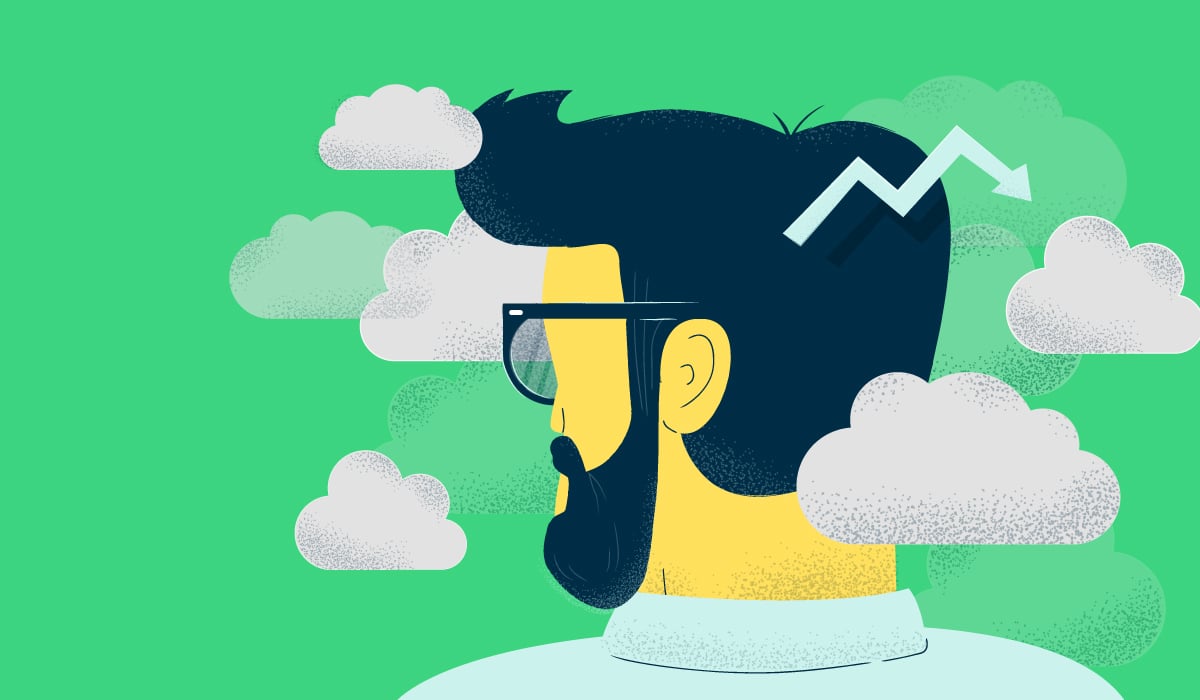 Carbon dioxide (CO2) levels are the highest they’ve been in almost three million years. During the past five decades, humans have added enough carbon dioxide to raise the global concentration of atmospheric carbon dioxide by about 100 ppm and growing. With some climate models predicting CO2 levels to rise to over 900 ppm by then of the century, many people are concerned about the effects of carbon dioxide on the climate.

However, it’s not just climate change we need to keep an eye on. Indoor carbon dioxide can also impact our health directly, and studies continue to draw connections between elevated levels of carbon dioxide, negative trends in cognitive performance, and difficulties sleeping.

This post will introduce what carbon dioxide(CO2) is and explore the relationship between indoor carbon dioxide and our health, as well as the connection between atmospheric carbon dioxide and climate change. Read more to find out what you need to know about CO2 and how to protect yourself.

Carbon Dioxide: Everything You Need to Know

Carbon dioxide, known as CO2, is a naturally occurring gas in the atmosphere. Made up of one carbon atom and two oxygen atoms, carbon dioxide plays a critical role in the environment, the climate, and even your body.

Carbon dioxide is one of the main ingredients for photosynthesis, the process by which plants produce their own food from sunlight. Without carbon dioxide, plants would not be able to survive on Earth. Carbon dioxide also regulates your breathing and is a byproduct of respiration. When indoor carbon dioxide levels get too high, though, it can be detrimental to your mental abilities and wellness.

Similarly, carbon dioxide plays a significant role in maintaining a habitable climate on the planet. As a greenhouse gas, carbon dioxide traps heat in the atmosphere, keeping our planet warm even when the sun isn’t shining. Recent outdoor carbon dioxide levels, however, have skyrocketed due to anthropogenic CO2 emissions.

We can’t discuss carbon dioxide without bringing up the elephant in the room: climate change.

While there is some dispute about the reality of climate change, the overwhelming scientific information and consensus speak for itself. Climate change is real, and it’s one of the most dangerous challenges we will face as a species. And as a major contributing factor, carbon dioxide emissions are a primary concern.

So, how does atmospheric CO2 impact the climate? Well, carbon dioxide is what’s known as a greenhouse gas (GHGs). According to the EPA, greenhouse gases are “gases that trap heat in the atmosphere.” Among other GHGs, like methane, nitrous oxides, and fluorinated gases, carbon dioxide retains less heat than the others. However, carbon dioxide accounts for around 82% of GHG emissions, so the sheer quantity of CO2 being released into the atmosphere by humans every year makes it one of the leading instigators of climate change.

Evidence of global warming has been building up for decades, and the connection between human emissions and atmospheric warming was hypothesized as early as the 1800s. And while much of the damage inflicted by climate change is incalculable, climate change poses a real threat to your health and the health of your loved ones.

Climate change may directly harm us through:

Where Does CO2 Come From?

Because carbon dioxide is a fairly common atmospheric gas, it is produced by many natural and manmade sources. 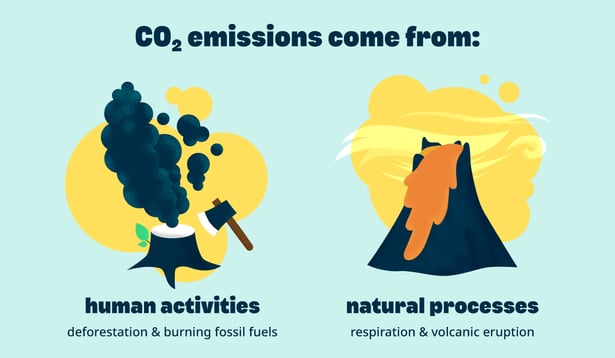 While all sources of CO2 ultimately end up in the atmosphere or ocean, there are specific emissions that impact us inside buildings. Here are a few sources we should keep in mind.

Scientists used to believe that carbon dioxide was harmless at common indoor levels, but new findings indicate that this is not the case. From sluggish two o’clock meetings to poor sleep, elevated concentrations of indoor CO2 can directly impact our health and well-being in a number of ways.

At levels we are more likely to experience (1000-5000 ppm), the health effects are more subtle. Around 1000 ppm, a very common indoor level, you will start to experience fatigue, sleepiness, and may struggle to concentrate. You may also find it uncomfortable to sleep, and the air will feel stuffy. With prolonged exposure and increases in concentration, you may develop a headache and feel physically uncomfortable.

What levels of CO2 are safe?

Indoor carbon dioxide can also impact our decision-making and problem-solving skills. The Lawrence Berkeley National Laboratory uncovered a connection between carbon dioxide concentrations and cognitive and working ability. Most activities dipped slightly when exposed to 1000 ppm indoor CO2 levels, but the cognitive abilities across a spectrum of functions tanked at 2500 ppm. In fact, the reduction in cognitive functioning at 2500 ppm is comparable to the blood alcohol limit in most U.S. states.

The connection between indoor CO2 and cognitive functioning is especially important for parents. The air in schools may not be as safe as we think. A study done in Texas revealed that most schools had carbon dioxide levels above 1000 ppm, and one in five had levels exceeding 3000 ppm. All this CO2 can inhibit your child’s school performance and wellness.

How To Protect Yourself From High CO2

As a colorless and odorless gas, indoor carbon dioxide is impossible to track on your own. Luckily, there are some simple steps and devices you can use to keep the gas below harmful levels. Here are five ways to protect yourself from indoor CO2:

Carbon dioxide packs a bigger punch than many people realize, and rising global concentrations of the gas will continue to be a huge concern moving forward. CO2 can harm us indirectly through climate change and directly through the air we breathe.

Want to learn more about CO2?

Check out our additional posts below for more informative content to learn more about CO2! 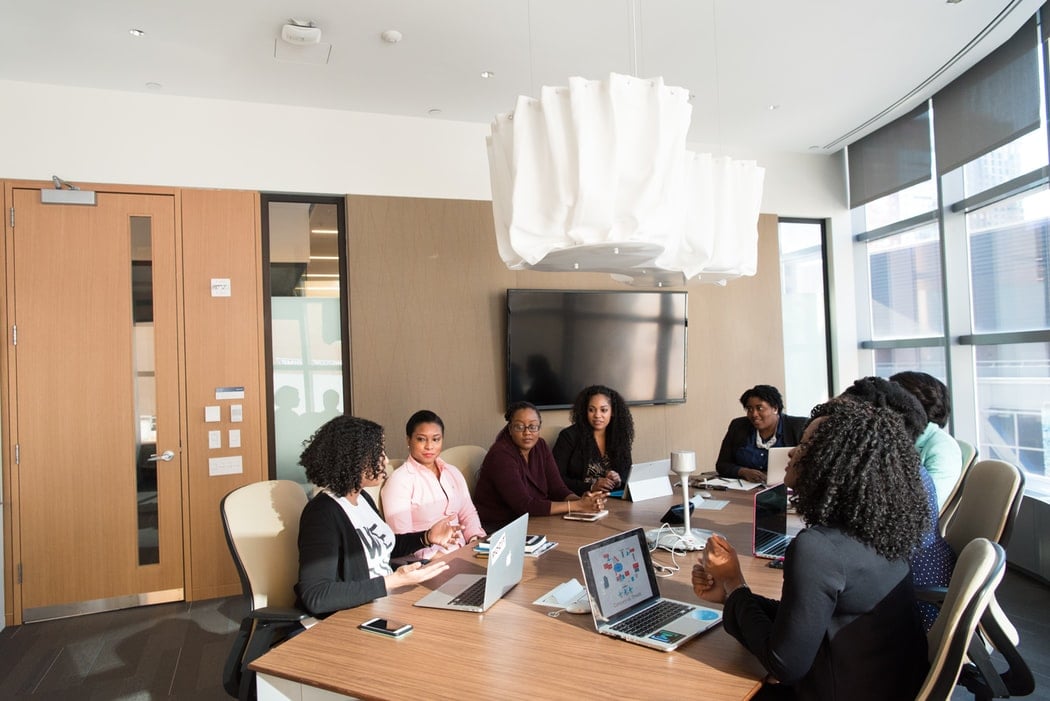 CO2 Tips for Reducing CO2 Emissions Trapped in Your Office
If you're looking to monitor indoor air quality in a building you manage, you should check out Kaiterra's air quality monitors - used at ...