What’s in Wildfire Smoke? A Breakdown of the Air Pollutants Created by Wildfires

The recent wildfires in California have caught the world’s attention, with skies in the area tinted orange at all times of the day. Likewise, satellite imaging and on-the-ground air quality readings show the plume of smoke from California drifting across North America, reaching as far as Europe! 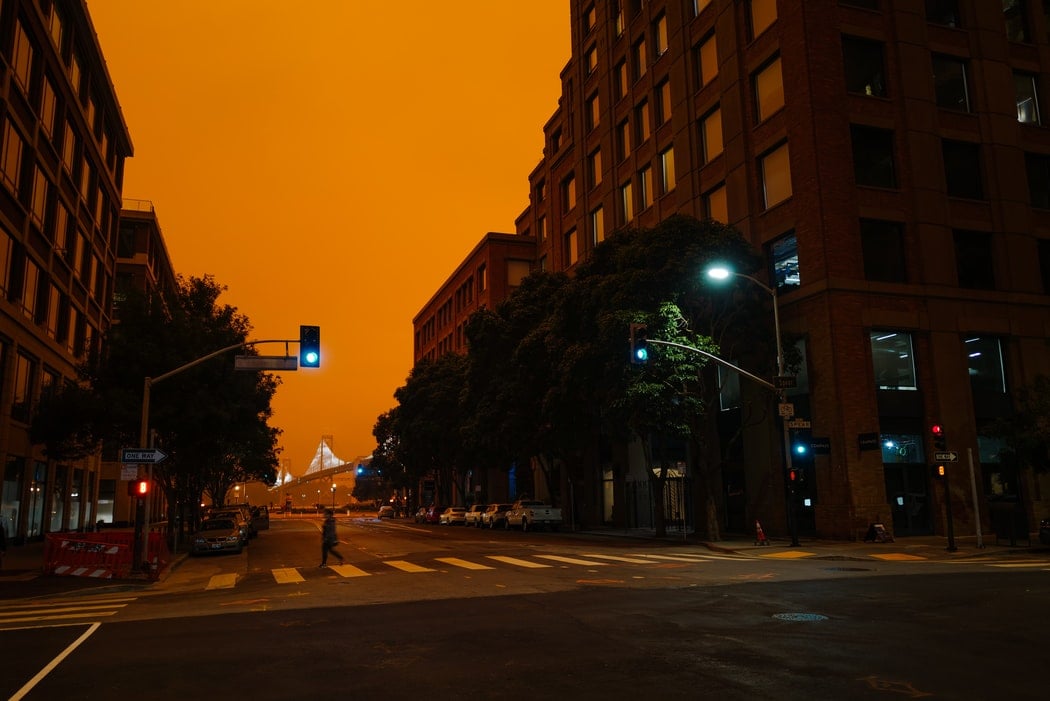 While we don’t usually mind the smell of wood smoke, the air quality conditions created by wildfires can rapidly become unhealthy, even in areas not threatened by the wildfires themselves. But why is wildfire smoke so dangerous? To answer this question, we have to look at the composition of wildfire smoke and analyze the types of air pollution associated with wildfires.

How Do Wildfires Cause Air Pollution?

The air pollution created by wildfires is not all that different from human-made sources of pollution, and the underlying process is much the same.

Fire is generated as part of a chemical reaction known as combustion. A combustible material such as wood, coal, or natural gas reacts with an oxidizer to form an oxidized product. As an exothermic reaction, combustion produces energy during the reaction, which is why we power a lot of our modern machinery with fuel combustibles. In the case of wildfires, the energy released during combustion results in flames.

In a complete combustion reaction, the natural byproduct of a combustible material, like a hydrocarbon, reacting with oxygen produces carbon dioxide, water, and heat. These products aren’t harmful in limited quantities, and the flames produced in such a reaction are usually blue. For example, the combustion of methane, listed below, only produces water and CO2.

The problem with wildfires and human fuel combustion is that the reactions are often incomplete. Aside from water, incomplete, or dirty, reactions also produce carbon monoxide and carbon, both of which are dangerous to human health. 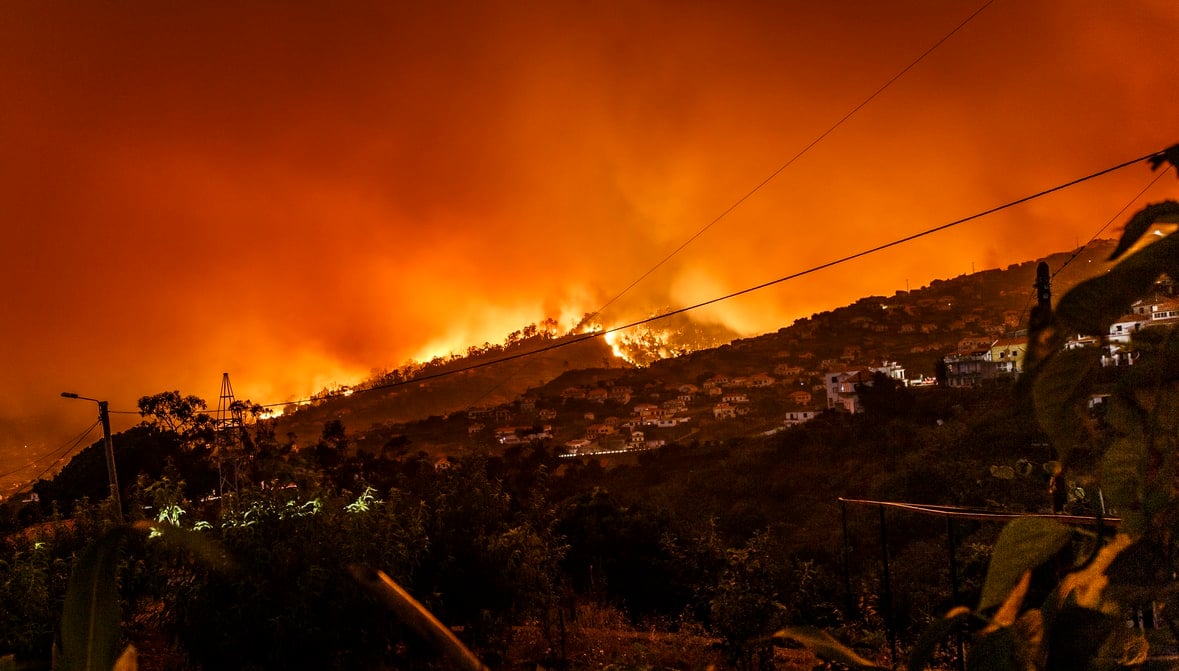 The flames produced by incomplete combustion are often yellow or orange, just like the flames in forest fires.

What Air Pollutants Are Released by Wildfires?

Since the smoke produced by wildfires is often a result of incomplete combustion, how would these pollutants be categorized?

The carbon produced by wildfires, also known as black carbon or soot, would be counted under particulate matter. These soot particles are often extremely tiny, averaging between 0.4 μm and 0.7 μm in diameter, so we would lump in the carbon released by wildfires into fine dust, or PM2.5.

Additional particulate matter can be formed by minerals found in living cells, such as magnesium, potassium, and calcium. These minerals don’t take part in the combustion reaction but are nonetheless released when the cells are destroyed by the fire.

Air quality readings from the most recent example of the devastating power of wildfires, those on the west coast of North America, reveal the massive amounts of particulate matter released by these natural disasters.

The above image, taken from Kaiterra’s Live Air platform in the latter half of September 2020, shows the air quality in Porterville, USA. PM2.5 levels are severely unhealthy, and PM10 levels are also elevated.

Particulate matter is one of the most dangerous forms of air pollution, causing an array of short-term and long-term health effects. For a more in-depth look at particulate matter, we highly encourage you to take a look at our article: A Guide To Understanding Particulate Matter (PM).

Because the organic matter burned during wildfires is not uniformly combustible, some additional chemicals are released by wildfires that aren’t a part of ordinary combustion. Among these are volatile organic compounds, or VOCs for short.

When heated at relatively low temperatures, VOCs will evaporate and disperse into the atmosphere. The most common VOCs found in wood smoke include:

Like particulate matter, we also have an article all about VOCs. Feel free to check it out here: Understanding TVOC: What You Need To Know About Volatile Organic Compounds (VOCs).

The final air pollutant that we will discuss is carbon monoxide. Released as a byproduct of incomplete combustion, carbon monoxide is included in the EPA’s list of six harmful outdoor pollutants.

Carbon monoxide is odorless, tasteless, and invisible to the naked eye, making it a deadly foe in enclosed situations. We usually tend to think of carbon monoxide as an indoor threat, but under extreme conditions like those present near wildfires, large amounts of carbon monoxide are released high into the atmosphere.

The carbon monoxide produced by wildfires generally doesn’t pose a threat to people on the ground if they are far enough away from the fires, but it’s best to remain vigilant and regularly check for wildfire and air quality updates.

Particulate matter is a huge concern during wildfire season, especially because this type of air pollution can travel large distances from the fires themselves. An air purifier can help you tackle particulate matter that seeps into your home, so we put together an article discussing the best purifier for wildfire smoke, which you can view here. For a comprehensive guide on wildfire smoke, read more below. Please, stay safe!

What Are the Best Air Purifiers for Wildfire Smoke?

California Wildfires: How Much Did 2020’s Wildfire Season Contribute to PM2.5 Pollution?

California’s 2020 wildfire season was the worst in the state’s history.
December 9, 2020
END_OF_DOCUMENT_TOKEN_TO_BE_REPLACED
Wildfires

Each year we seem to see record-breaking wildfires.
January 20, 2021
END_OF_DOCUMENT_TOKEN_TO_BE_REPLACED