Air Quality Research: The Impact of Big Data on Evaluations and Studies

50 years ago, the field of air quality research was just getting started. Today, however, the field has grown by leaps and bounds. An increasing number of articles are published every year, and several have recently captured the attention of mainstream media.

In addition to raising public awareness, academic research has the power to drive change by leading the way and convincing governments to take action. That's why, in 2015, when we were approached by Beijing's Aeronautical University to collaborate on a study, we immediately agreed.

Air pollution affects billions of lives around the world and leads to millions of premature deaths every year. In many cases, PM2.5, or fine dust, is the main culprit. Several studies have investigated the impacts of PM2.5 on health, but historically these have focused on outdoor PM2.5 levels rather than indoor levels. This may seem odd - we spend more than 90% of our time indoors. When analyzing the effects of pollution on humans, we should take into account the way we spend the vast majority of our time. So why don't we?

The challenge here is the enormous lack of indoor air quality data. While governments around the world have been measuring outdoor air for years, hardly any indoor air quality data have been collected. There is a good reason for this - it's much, much easier to measure outdoor air for a large population sample than indoor air. In a major city, several million inhabitants may live or work near a monitoring station. The data from this station would be representative of what those people are breathing - at least when outdoors.

Indoor air, however, can vary vastly from home to home, and a reading from one house may not be the same as another. This means that readings must be taken on a mass scale to have a representative population size. Until recently, this was virtually impossible. Researchers would have had to take bulky, expensive equipment into thousands of individual households one at a time. Extracting the data from these devices and processing it would be another headache.

In 2015, Beijing Aeronautical University reached out to us to partner in the world's first big data study of indoor air quality. Using the Laser Egg, the air quality in thousands of households could now be studied over a multi-year period without researchers needing to enter a single home. All data would be fully anonymized and stripped of all identifiable traits.

Over a period of one year, 4,400 devices were used across the city of Beijing. The goal of the study was to understand the impact of outdoor air quality on indoor air quality. Understanding this would, in turn, allow researchers to more accurately estimate the true exposure of residents to PM2.5. Instead of simply looking at outdoor air quality, a combination of outdoor and estimated indoor could be applied to future studies.

The full study can be found here. 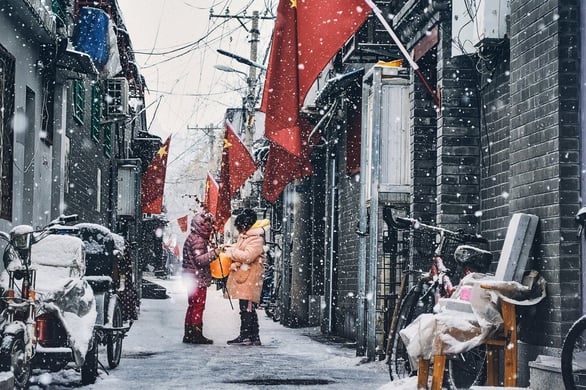 One of the key findings from this study was the seasonal variance of the indoor to outdoor ratio of PM2.5 pollution. During the winter months, the impact of outdoor air quality on indoor was significantly higher, primarily due to an increase in outdoor air pollution from heating in Northern China. During the summer months, however, a higher ratio was derived from indoor pollution, such as cooking. These findings will allow future researchers to more accurately predict and model personal exposure to PM2.5 air pollution.

How COVID-19 Is Changing the Future of the Workplace

Since its appearance in late 2019, the COVID-19 pandemic has been the center of global conversation.
June 1, 2020
END_OF_DOCUMENT_TOKEN_TO_BE_REPLACED
Workplace Wellbeing Reopening

At the turn of the year, the COVID-19 pandemic is sadly still affecting many regions. Countries are struggling with high case rates and increased stra...
January 7, 2022
END_OF_DOCUMENT_TOKEN_TO_BE_REPLACED