Why Is Calibration Important & How Do Sensedge Modules Solve This Problem?

Imagine this: You’re working on an important document for your boss, and you’ve just finished the last paragraph. You go to print a copy that you will submit just in time, but suddenly realize the printer is out of ink. 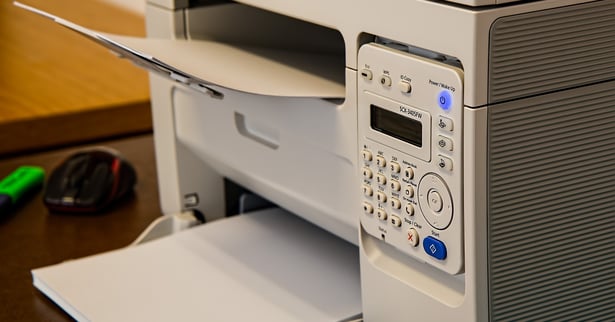 So you take the printer, unplug all the cables, remove the paper from the inside, pull the original packaging out from your storage room, and pack it up carefully in the original box. You then call a shipping company to come to pick up your printer and have them ship it back to the manufacturer.

Unfortunately, the manufacturer is based in China, and it will take three weeks to get there.

When the printer arrives in China, it is filled with ink again, and then shipped back to you. On the way back, the printer gets stuck at customs, and you end up paying import duty for something you had already imported once before. The printer arrives back in your office 6 weeks after you had first run out of ink. Congratulations, now you can finally print your document!

Does this seem strange?

Well, this is the state of air quality monitors today — at least it was until we created the Sensedge.

Air quality monitors need to be re-calibrated at regular intervals (many manufacturers suggest once a year). Monitors or particle counters that measure particulate matter (PM2.5) are typically optical sensors. They measure particles by shining a laser beam above a sensor that picks up on incredibly subtle changes in light, much like a digital camera’s sensor.

By operating a sensor over an extended period of time, high levels of dust can start to collect inside. Airflow can be affected by the dust collecting on the fans or inside the pumps, and dust will slowly build up on the optics of a device. Imagine leaving a camera in a dusty room for a year and then using it to take a photograph. While you may be able to use it, the quality of the image will be highly affected, and you won’t get the same clear, crisp or accurate photo you would have with a brand new camera.

With an optical sensor, there is simply no way around cleaning or recalibrating the device. Some companies claim to offer “software calibration”, but this is more like taking a photo with a dusty old camera, and then trying to sharpen the image in Photoshop. While it might look a little better, you still haven’t fixed the problem of the dirty lens.

This is why most building certification standards, including WELL and RESET, require a mandatory calibration once per year

Returning to our printer analogy, imagine dealing with all 30 (or 300!) printers in your building suddenly running out of ink at the same time. Other than the logistical nightmare, there are no longer any printers in the building! Re-calibrating all your air quality monitors at the same time can be just as bad, particularly if these are tied to the building’s HVAC system.

Thankfully, we spent countless hours developing a modular sensor system for the Sensedge, so that re-calibrating a sensor is just as easy (in fact, I think it’s even easier) than replacing a printer cartridge. The device doesn’t even need to be opened, simply slide the old modules out, and insert new ones. The entire process takes only 15 seconds, and at the end, a brand new set of sensors will be sitting inside your Sensedge, completely free of dust.

Of course, the Sensedge’s modular design also means that if you want to measure a different pollutant, or set of pollutants, you can simply swap out the module for a new one that does exactly what you want.

Would you consider using a printer that requires being sent to the manufacturer every time it ran out of ink? Unless you’re willing to do the same for your monitors, take a good look at the Sensedge 😉

Are you looking to work on a WELL v2 project and are interested in how to best utilize the latest version of WELL?
November 18, 2018
END_OF_DOCUMENT_TOKEN_TO_BE_REPLACED
Sensedge

How Kaiterra Ensures That Sensedge Devices Are Accurate and Correctly Calibrated

What makes Kaiterra air quality monitors different from the rest? It all starts with how the sensors are calibrated.
February 24, 2019
END_OF_DOCUMENT_TOKEN_TO_BE_REPLACED
RESET WELL Commercial IAQ Monitor

Enhance Your Project’s IAQ With These Five Building Certifications

If you’re thinking about enhancing indoor air quality for your building project, congratulations! You’re already ahead of the curve.
November 19, 2019
END_OF_DOCUMENT_TOKEN_TO_BE_REPLACED